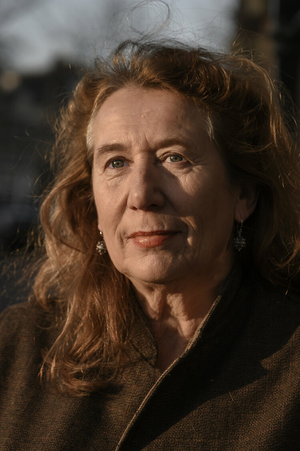 Caroline Nevejan is a researcher and designer who has been involved with the emerging network society and digital culture since the 1980’s. Nevejan is a regular presenter at national and international fora. She is an advisor to national and European policy makers.

Caroline Nevejan is professor by special appointment with the Amsterdam School for Social Science Research, University of Amsterdam (2018-2023). Her research is focused on Designing Urban Experience and she supervises 5 PhD candidates in this context. As of 20th of March 2017 Caroline Nevejan has been appointed Chief Science Officer of the city of Amsterdam. The Chief Science Officer orchestrates research between the municipality of Amsterdam and the different scientific, academic and artistic universities in the city. With a small team she makes sure that civil servants and researchers can find each other and invent different new ways of working together.

Before Nevejan was associate professor with the Participatory Systems Initiative at Delft University of Technology. This relatively new group is part of the section Systems Engineering in the department of Multi Actor Systems at the Faculty of Technology, Policy and Management. Nevejan’s interdisciplinary research focuses on witnessed presence as a fundamental communication structure that defines how trust is built or breaks down. To this end she developed the YUTPA framework, which supports the analyses and design of trust in social, organisational and business contexts. Methodologically Nevejan focuses on artistic research and research though design.

In 1994 Nevejan co-founded the Society for Old and New Media. The Waag Society, as it is known today, is an independent media lab and a knowledge center with a specific interest in the future of the public domain. Among many projects that Caroline Nevejan initiated at the Waag are The Reading Table for Old and New Media, which won the Rotterdam Design Prize 1997, Demi Dubbel, a curriculum game for 10 year olds, Internet in the Sky, a research project with Europe Online about the future of the internet, and Brandon, the first virtual piece of art acquired by the Guggenheim museum in New York. Working on these and similar projects she developed a cultural perspective on education. 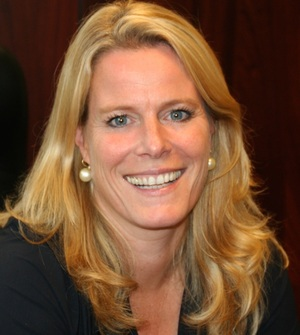 Marjolijn Bonthuis is program director at ECP. This foundation aims to stimulate the development of the Netherlands as an information society, through creating the necessary economic, social and political preconditions in order to capitalise on the opportunities of ICT; remove threats associated with ICT and foster debate on the meaning of information technology for Dutch society. Aimed-for results include an improved general societal well-being, as well as the strengthening of the economic competitiveness of the Netherlands. The foundation’s primary instrument to reach these ends is through its status as an open, independent platform, where the following parties meet and exchange views in a pre-competitive setting: government administration; businesses (providers and end users of products and services; professional and trade associations) scientific, educational and research institutions; civil society; and politics. This platform enables stakeholders to initiate and conduct the necessary activities to realise the potential of the Netherlands as an information society.

Marjolijn is responsible for programs and projects in the field of Cyber Safety and Security, among which the Dutch Awareness Centre of the EU Better internet for Kids program. She is also one of the members of the Steering Committee of the Dutch Media Literacy Centre (mediawijzer.net) and Dutch delegation leader of the UN Internet Governance Forum (NLIGF). She is experienced in government relations and public private partnerships, university educated, pragmatical and has good communication skills. 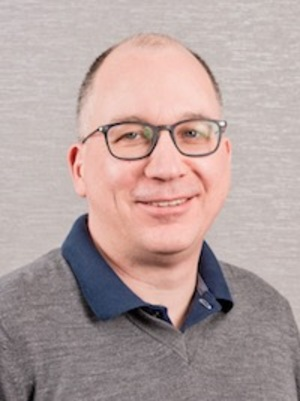 Lars Eggert is the Technical Director for Networking at NetApp, based near Helsinki, Finland. Lars is an experienced technology leader with deep expertise in distributed systems, network architectures and protocol design, ranging from the Internet to datacenter to IoT/edge environments. He drives NetApp’s networking strategy through academic collaborations with top universities and open source collaborations.

Lars has been leading Internet standards for two decades as a member of the IETF’s steering group and architecture board. He has also chaired the IETF’s research arm, the IRTF. He currently chairs the QUIC working group, which designs a major new Internet protocol. He also serves on the program and organization committees of academic conferences such as ACM SIGCOMM and USENIX NSDI, as well as numerous other boards.

Lars received his Ph.D. in Computer Science from the University of Southern California (USC) in 2003. Before joining NetApp in 2011, he was a Principal Scientist at Nokia and served on the corporation’s CTO and CEO Technology Councils. In parallel, from 2009-2014, Lars was an Adjunct Professor at Aalto University. From 2003-2006, he was a senior researcher at NEC Labs. 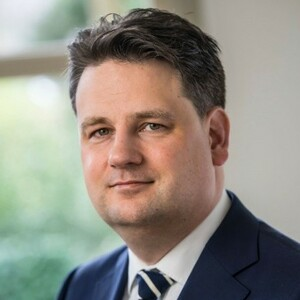 Rudolf van der Berg is an accomplished management consultant, project and programme manager with 20 years of experience in Internet, telecom, privacy, online content, standardisation and peripheral topics. I currently work at Stratix the leading telecom and digital economy consultancy of the Netherlands. In the past I worked for Tele2 as a regulatory affairs manager, the OECD in Paris as a senior policy advisor, Logica Managerment Consulting as a consultant and the Dutch Ministry of Economic Affairs as a policy manager. I’ve worked with (international) governmental organisations, such as the European Union and Commission, BEREC, ITU and national telecom and media regulators

Rudolfs biggest success so far has been to identify a necessary change to SIM-card regulation to support the Internet of Things. As a result of my policy analysis and subsequent lobbying, this is now part of the proposed European Electronic Communications Code, Dutch an Belgian telecom law and 2.4 million smart energy meters in the Netherlands already benefit from it. Another career success was initiating the first policy discussions on netneutrality in the Netherlands.

Regularly Rudolf accepts invitations to speak at events (ITU, BEREC, IRG, IGF, IIC) and regularly he is interviewed or quoted by journalists (Economist, BBC, Ars Technica, GigaOM, Vox, Telegraaf) on issues such as the Internet of Things, security network neutrality, television, fixed and mobile competition and economics of the Internet. 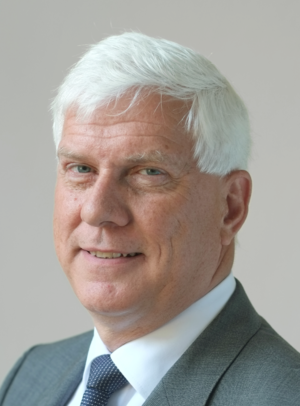 Gerben Klein Baltink joined TNO (the Netherlands Organization for Applied Scientific Research) in 1994 and held several positions as junior and senior manager within the Physics and Electronics Laboratory and the Prins Maurits Laboratory Afterwards he became one of the directors of TNO Defense, Security and Safety. He left TNO in 2011 and started his own consultancy firm KBBa bv.

Since, Gerben has been Secretary of the Dutch National Cyber Security Council from 2011-2014. Afterwards he became Chairman of the Dutch Internet Standards Platform and the Secure Email Coalition(current). He is also CEO of Trefecta BV (current), a company where state-of-the-art eBikes are developed and produced.

With 5 colleagues he is also working on Cyber Security for Small and Medium-sized Enterprises (MKB Cyber Advies Nederland). 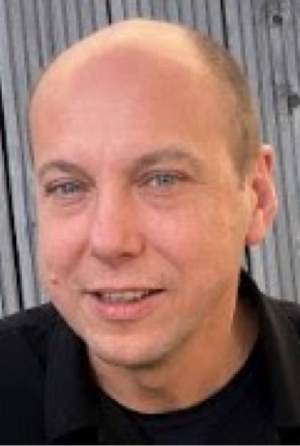 Jakub Zavrel is Founder, Technologist, Entrepreneur at Zeta Alpha where he is building a new long lasting, prosperous, and global AI company with a very ambitious goal. When he is not working or with family, you can find him listening to live music, enjoying a crafty cocktail, running or rowing, or tending to his rooftop garden.